Mine, Yours, Ours: Eat It

Across a two-page spread in today's New York Times Sunday Review section (or if you no longer read newsprint, below the online "fold" on the Opinions page) live three seemingly different, but to me curiously related pieces, that spotlight how we look at ourselves and others. Check out "MySelfie, Myself," "Ma'am, Your Burger Has Been Paid For," and "How to Feed the World," and tell me if you see the connection.

What I see is a series of stories that illustrate our varying levels of self-orientation, the good, the bad and the ugly.

There's more than just self-orientation to taking and "selfies" - but, according to @NYTimes tech reporter Jenna Wortham in "MySelfie, Myself," these digital self-portraits are "more about showing your friends and family your elation when you're having a good day or opening a dialogue or line of communication using an image the same way you might simply text 'hi' or 'What's up?'" Or, as a Vine co-founder said, it's less about vanity but "...about you doing something else, or you in other places. It's a more personal way to share an experience." And posting selfies apparently ups one's social currency, sparking more reactions and responses to posts.

So here you go: 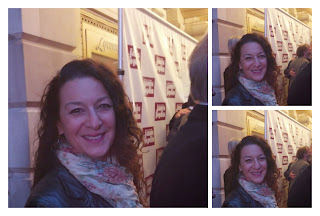 But no matter how it's positioned, selfies by definition are "all about me." Me, myself and I are the subject.

So then we look at the next story below that, "Ma'am Your Burger Has Been Paid For."  This piece describes today's social resurrection of the "Pay It Forward" concept coined by the 1999 best seller (whoops, almost wrote "best selfer!") and later film version with Kevin Spacey and Helen Hunt.

Apparently in a phenomenon primarily happening at fast food drive-thrus, customers are being self-LESS, paying for the car behind them in a chain reaction of random acts of generosity. Stories of hundreds of consecutive cars covering the food purchases of the drivers following them were reported at Tim Hortons in Winnipeg to Chick-fil-A in Houston and so on. (FYI, though not mentioned in the NYTimes story, a little late to the game Starbucks tried to leverage this selfless trend with an organized version of altruism last week, but we'll give them points for trying to encourage a little less selfie-ness in the world.)

Which brings us to "How the Feed the World." In a nutshell, the "how" won't be by covering the cost of the coffee of the car behind you. It will be, as the astute Mark Bittman describes, when we "stop assuming the industrial model of food production and its accompanying disease-producing diet is both inevitable and desirable."  This is a tough but important article to read.

Bittman reminds us that we have more than enough calories produceable to feed the projected 9 billion people blooming by 2050. But a third is going to feed animals and another third is wasted along the food chain.  Especially here with Big Ag where based on the number of people fed per acre "the United States ranks behind both China and India (and indeed the world average), and roughly the same as Bangladesh, because so much of what we grow goes to animals and biofuels."

There IS a road to salvation, but it will require something we don't do very well outside of the occasional Chick-fil-A drive thru lane: selflessness and a shift to less consumption, more energy efficient farming methods and a focus on not how MUCH is produced but HOW food is produced.

By diversifying crops, mixing plants and animals, planting trees — which provide not only fruit but shelter for birds, shade, fertility through nutrient recycling, and more — small landholders can produce more food (and more kinds of food) with fewer resources and lower transportation costs (which means a lower carbon footprint), while providing greater food security, maintaining greater biodiversity, and even better withstanding the effects of climate change.

I stopped eating meat and poultry for good back in the '70s, shocked by reading "Diet for a Small Planet" and its statistics on the inefficiency of grazing cattle vs growing protein rich soybeans, for example. Even if you approach things more moderately, do consider posting a selfie of yourself reading "How to Feed the World" with a link to the article.  And instead of saying "Ma'am, Your Burger has Been Paid For," galvanize your friends and consider giving up the burger even for a week, or to whatever degree you can, and pay it forward for the population and the planet by saying, "your edamame has been paid for."

Posted by E.B. Moss No comments: 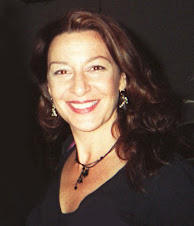